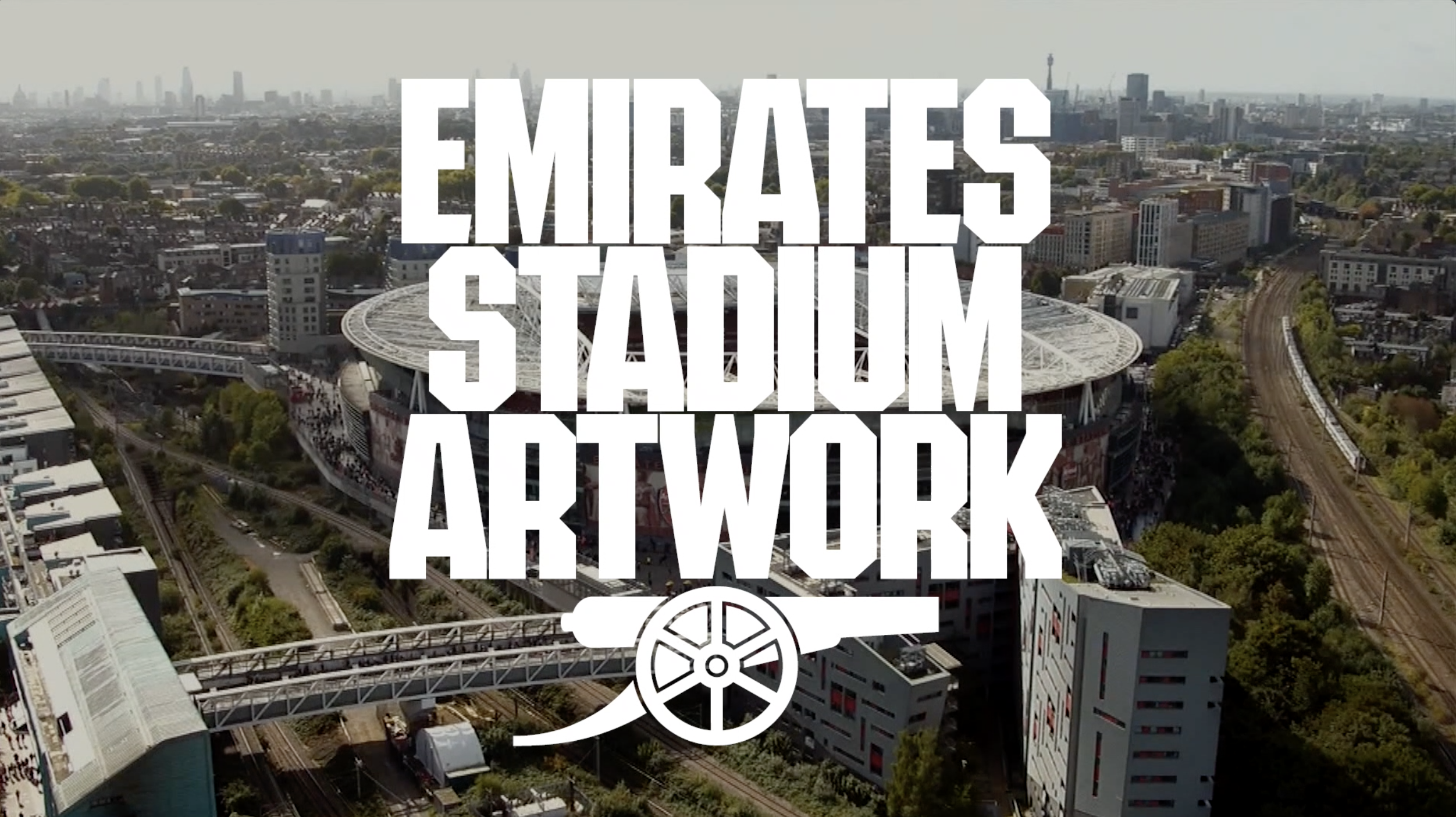 ARSENAL have revealed their stunning new artwork that will adorn the exterior of the Emirates Stadium.

The club worked with a group of their most loyal supporters, alongside them were three London artists, Jeremy Deller, Reuben Danger and David Rudnick, who helped bring their imagination to life.

The North London club will install eight brand new pieces of art, with installation beginning on January 12th and a plan of completing this stunning project by Arsenal’s home league game against Brentford, on February 11th.

Here are photos of each new artwork:

This first artwork tells the story of Arsenal’s most iconic players who embody the spirit of the club. The famous cannons have been a signature of the club’s identity since it was formed by co-workers at the Royal Arsenal Ordnance Factory in 1886.

2. Remember Who You Are

A very detailed piece that again includes iconic Arsenal players and managers standing within the club’s historic former home, Highbury. The name of the piece, recalls a quote by an Arsenal legend, David Rocastle.

A symbolisation of Arsenal’s greatest men’s and women’s achievements. The women’s Champions League winning team of 2006/07 and the men’s invincible Premier League season of 2003/04.

4. Come To See The Arsenal

This bold, type-based design will be seen by passengers on trains, in which they arrive to and from London which passes the Emirates Stadium. This is a modernised version of the club’s previous font which would have been famously seen on their former stadium, Highbury.

This is the first piece in which shows off the outstanding and vast following in which Arsenal football club has. There are over 150 banners seen in this piece which come from the club’s official supporter groups around the world. The brilliance isn’t just seeing how big Arsenal’s support is but, the actual creation of this amazing artwork, is formed of the physical banners being individually photographed, to create an authentic feel to the artwork.

Another bold, type-based design which symbolises the date in which the club was founded in.

This piece is inspired by a quote from one of the club’s greatest ever manager Arsene Wenger, “Here you have the opportunity to get out the greatness that is in each of you”. This detailed piece of art pays homage to some of Arsenal’s iconic players who have entered the club at very young ages and emerged as fully fledged legends.

8. Found a Place Where We Belong

An illustrated crowd scene that represents the importance of the Arsenal family. The artwork includes 721 supporters who have contributed to the club’s success. It also includes, multiple famous chants that have been bellowed throughout the club’s stadiums.

*Artwork is still in progress*