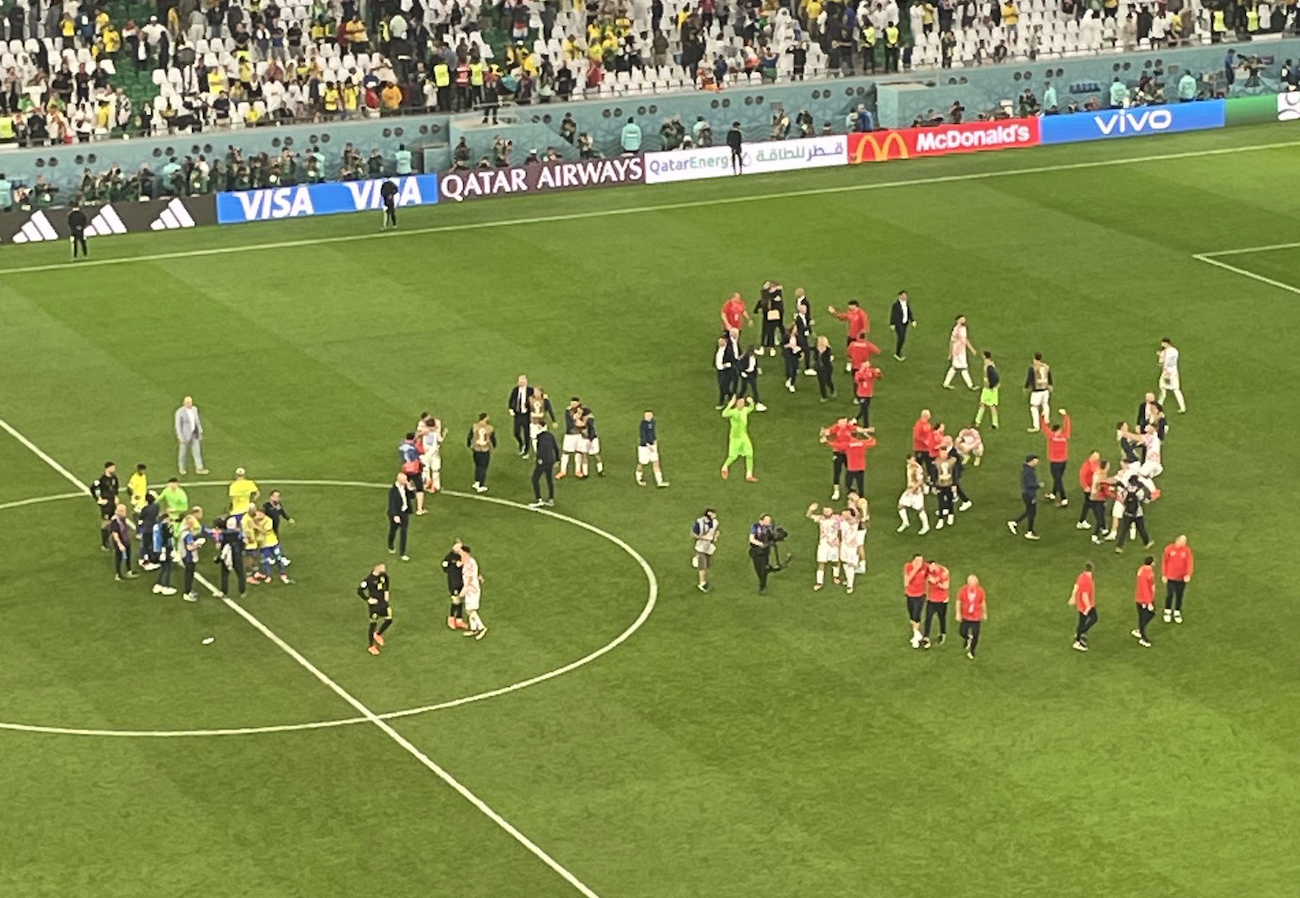 FOOTBALL can lift your spirits, and it can crush them. Just ask Tite, the coach who resigned at the end of another huge anti-climax for the boys from Brazil.

Friday night saw yet another incredible game at this most extraordinary of World Cups.

At the end of a two-hour stalemate, followed by another dramatic penalty shoot-out, we saw the full range of emotions at the Education City stadium. While the victorious Croatian players celebrated with each other, their supporters and their families, Brazil’s beaten players were spread across the pitch like wounded soldiers, some faces etched with disbelief, others wet with tears, and no wonder. They were three minutes away from a place in last four, still on course for their sixth World Cup win which they believed was their destiny. Now they are on their way home, Tite has gone and it is the Croatians, not them, who will face Argentina in next Tuesday’s semi-final.

The tournament favourites had made heavy going of it against a determined and streetwise Croatia, who defended stubbornly, particularly Dominik Livakovic.

The goalkeeper had made save after save to keep his side in the game, recording ten ‘goal preventions’ as FIFA calls blocks, stops and clearances of goalbound efforts.

He was only beaten by a moment of magic from Neymar in the 16th minute of stoppage time, when the Brazilian talisman dribbled his way into the penalty area, exchanging passes with team-mates before taking the ball round Livakovic and send it high into the net.

Brazil’s players, staff and supporters erupted in celebration, thinking they were on their way to the last four. But Croatia had other ideas. Zlatko Dalic sent on two attacking substitutes, and with three minutes remaining, one of them Mislav Orsic went charging down the left, crossed low and Bruno Petkovic, another sub, powered in a shot that flew off the leg of Marquinhos, past Alisson and into the net.

Brazil had next to no time to respond, and so on to penalties. Livakovic saved Brazil’s first, from Rodrygo, and with Croatia scoring their first four, Marquinhos had to score to keep his side in the tournament. His shot was beyond Livakovic, but hit the post and crashed out, as did Brazil.

The celebrations were Croatian, led by Luka Modric, who had been the outstanding outfield player once again. Even at 37 years old, Modric never stops running, prompting his team-mates, probing for openings and getting back to block, tackle and cover. At the end of two hours of leg-sapping football, followed by a short but psychologically draining shoot-out, Modric could have been forgiven for putting his feet up, but he was one of the first to console Brazil’s players, some of whom are current or recent team-mates at Real Madrid, and then he was celebrating with his children.

“He’s not just the best midfielder in the world, he is among the best five of all time,” said his team-mate Borna Sosa afterwards.

“This is an incredible day for Croatian football. Brazil is football and football is Brazil, so to beat them is the best feeling ever.”

Croatia have now won all four of their penalty shoot-outs in World Cups, and this is their third semi-final appearance in the six major tournaments they have played since becoming an independent nation.

Yet it looked for most of the game that Brazil would coast through. The first half was fairly even, with neither side threatening to score. But after the break, Brazil went for it only for Livakovic to stand tall. The Dinamo Zagreb keeper made three saves from Neymar alone, as well as stopping efforts from Richarlison, Lucas Paqueta and Anthony.

All the time Modric was making sure Croatia would still be a threat, still in the game, and the little magician found himself back in his penalty area defending more and more as Brazil pushed for a breakthrough.

Neymar finally provided it halfway through extra-time, playing one-twos with his team-mates as he ran in to score the goal that looked like taking Brazil through. But Croatia are a nation of fighters, and would not give up. Orsic bombed down the left and cut back for Petkovic the equaliser that set up the shoot-out. “As soon as we equalised I knew we would win,” said Josip Juranovic, the Celtic right back who kept Vinicius Junior at bay until the Real Madrid winger was replaced.

“We have the best midfield in the competition so we knew we could keep control of the game, and you can see how good Livakovic is.”

The keeper has a superb record in shoot-outs, having saved three penalties when Croatia beat Japan in the last 16, and only had to make one save this time. Rodrygo’s effort was too central and Livakovic saved comfortably. With Croatia making no mistake with their first four penalties, it meant Marquinhos could not afford to miss. He did, and it was all over. Surprisingly Neymar, whose goal took him level with Pele on a record of 77 goals for Brazil, did not even take a penalty.

He was in tears afterwards, as were many of his team-mates, despite the attempts by Croatia’s players and their families to console them.

The recriminations in Rio de Janeiro will be long and bitter. But who can deny Croatia their moment of glory, their third World Cup semi-final, where they will now meet Argentina.

Having been runners up to France four years, ago, they are afraid of no-one and now believe they can win it. “Why not? Everything is possible,” said Sosa.