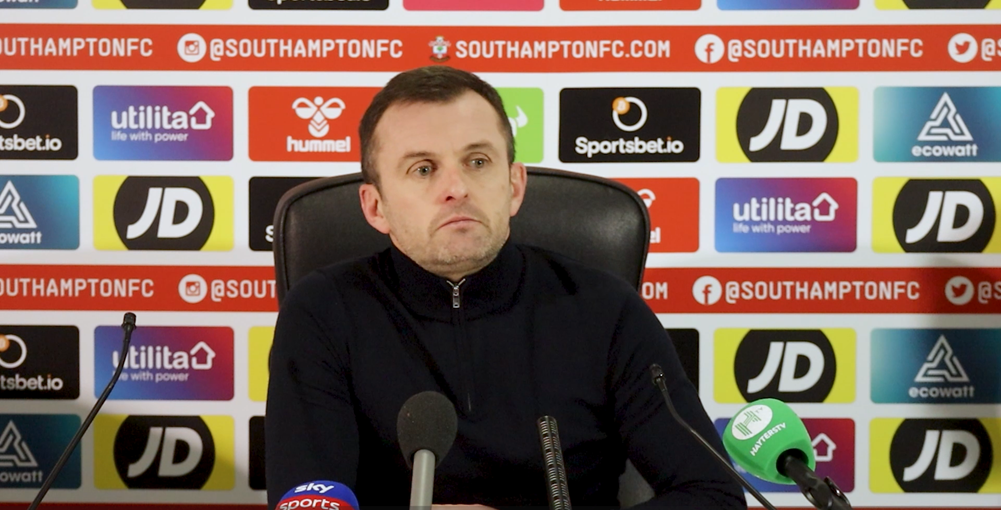 Newcastle midfielder Bruno Guimaraes believes team-mate Nick Pope is the “best goalkeeper in the world”, while Southampton manager Nathan Jones lauded Pope as the best in the Premier League.

And speaking after the game, Guimaraes said: “I would like to say thanks to Nick Pope. He’s been brilliant for us.

“I think he’s the best goalkeeper, right now, in the world.”

Pope made two big saves to deny Saints striker Che Adams in the second half and keep the score level at 0-0 before Joelinton put Newcastle ahead in the tie.

Southampton boss Jones was full of praise for Pope afterwards, and said: “In terms of goalkeeping – catching it, keeping it out of the net, making big saves – there isn’t a better goalkeeper in the Premier League.

“A lot of keepers now are judged on how brilliant they are with their feet and how good they can play. Yes, there are certain ones who are better than Nick Pope but in terms of being a goalkeeper, and what is required of being a top goalkeeper, he is categorically the best in the Premier League.”

The Magpies have conceded a Premier League low 11 goals so far this season and Newcastle boss Eddie Howe hailed the “team effort” in helping Pope to another clean sheet.

“It’s a team effort but the players on the pitch are the ones that have to do it, so all the credit goes to the players,” he said.

“I think it’s a brilliant thing for Nick. I think he deserves that accolade but I’m sure he’d be the first to give credit to the team. And they probably in turn would say he’s made some great saves within that run and he fully deserves it.”