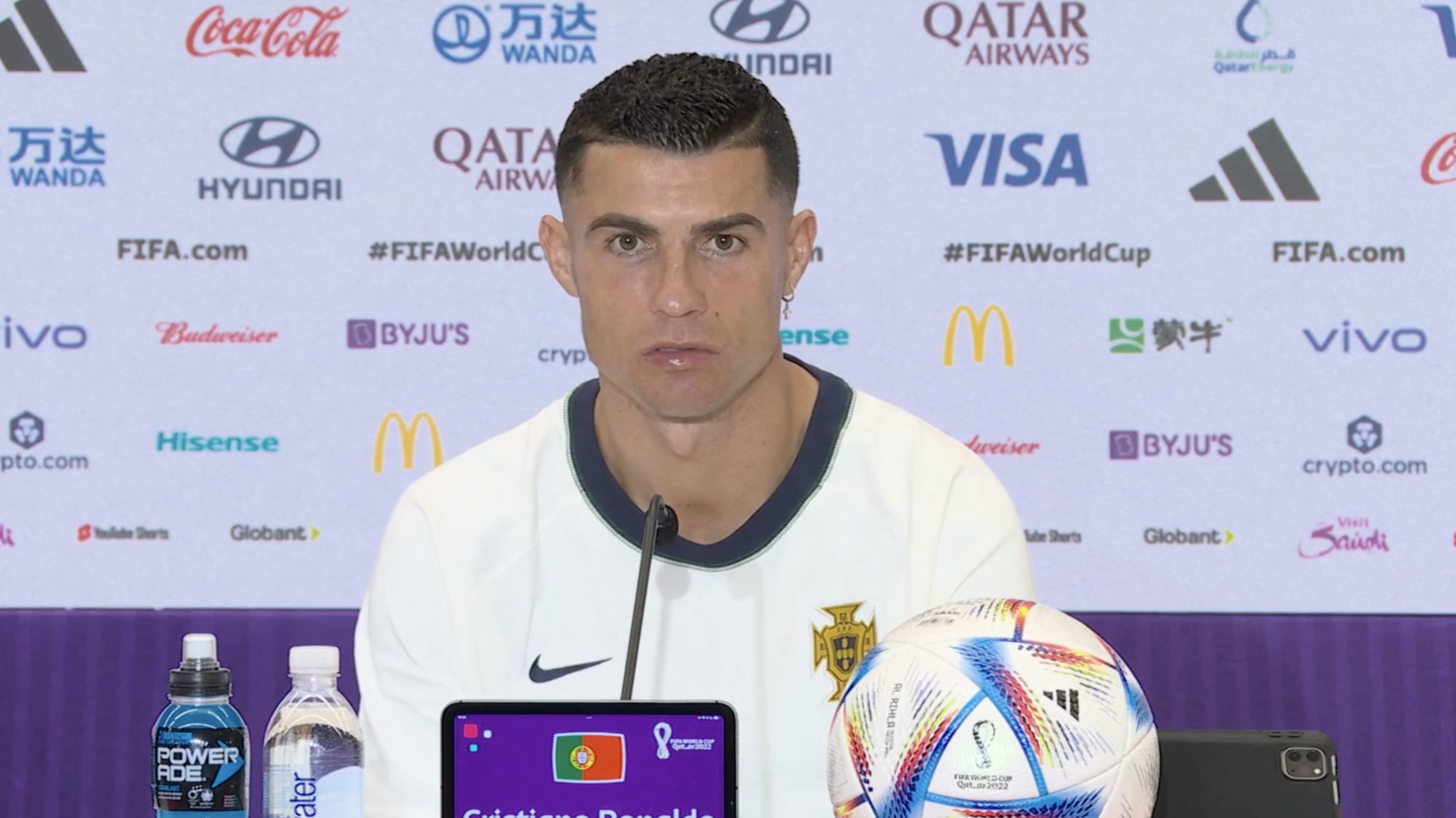 ‘I DON’T follow records, records follow me.’ Remarkably fitting after the last couple of weeks and in his first game of the tournament, Cristiano Ronaldo made his mark on history once again by becoming the first player to score at five World Cups.

And before? Raw emotion. Ronaldo stood as the Portuguese national anthem was played and tears rolled down his face as finally one of the greatest players to have ever graced the game could take centre stage on the pitch once again.

The rawness of the occasion and the drama that unfolded encapsulated what had been written on the back pages throughout the last fortnight.

Ronaldo was always going to have his say after so much had been written and spoken about him.

And yet, Portugal had threatened to write their own negative news lines.

Seemingly unaware of his surroundings, Da Costa put the ball down and striker Inaki Williams pounced from behind.

Somehow the goalkeeper scurried back into position and a mistimed slip by Williams allowed Portugal to clear the danger.

The camera panned straight to Ronaldo, who had a look of sheer horror etched across his face.

This was just one of many uncomfortable moments for Ronaldo on the day. At times he scowled and complained, at the opposition, referee, team-mates and even the skies above Doha.

The mark of a truly great player though is having the courage to drag your team out of a tight situation and the way Ronaldo won and unerringly converted his penalty on 65 minutes, was yet more evidence of his status within the game.

A sea of red and green jerseys rose to their feet in anticipation. They, like many others, had rehearsed what came next.

Ronaldo carried out his famous Suiii in celebration with thousands around the stadium joining him and the smile had returned.

Ghana had fought their way back into the match with a tremendous show of fighting spirit but Portugal proved to have too much quality.

Ronaldo was substituted in the 88th minute and continued to conduct on the touchline – a la the Euro 2016 final.

He had retained his 100 per cent record as a coach despite Portugal’s best efforts to try and throw away their slender lead.

An outpouring of emotion duly followed as the full-time whistle blew.

It was clear that recent events had affected Ronaldo as he was hugged and congratulated by all the other players on the field.

You can certainly ask questions about the timing and manner of his bombshell interview with Piers Morgan but what you cannot question is Ronaldo’s ruthlessness and desire for success.

He had made his mark again and this time the back pages will be full of the positivity Ronaldo had become accustomed to, rather than negativity which had threatened to overshadow the great man of his farewell showing on the biggest stage of all.