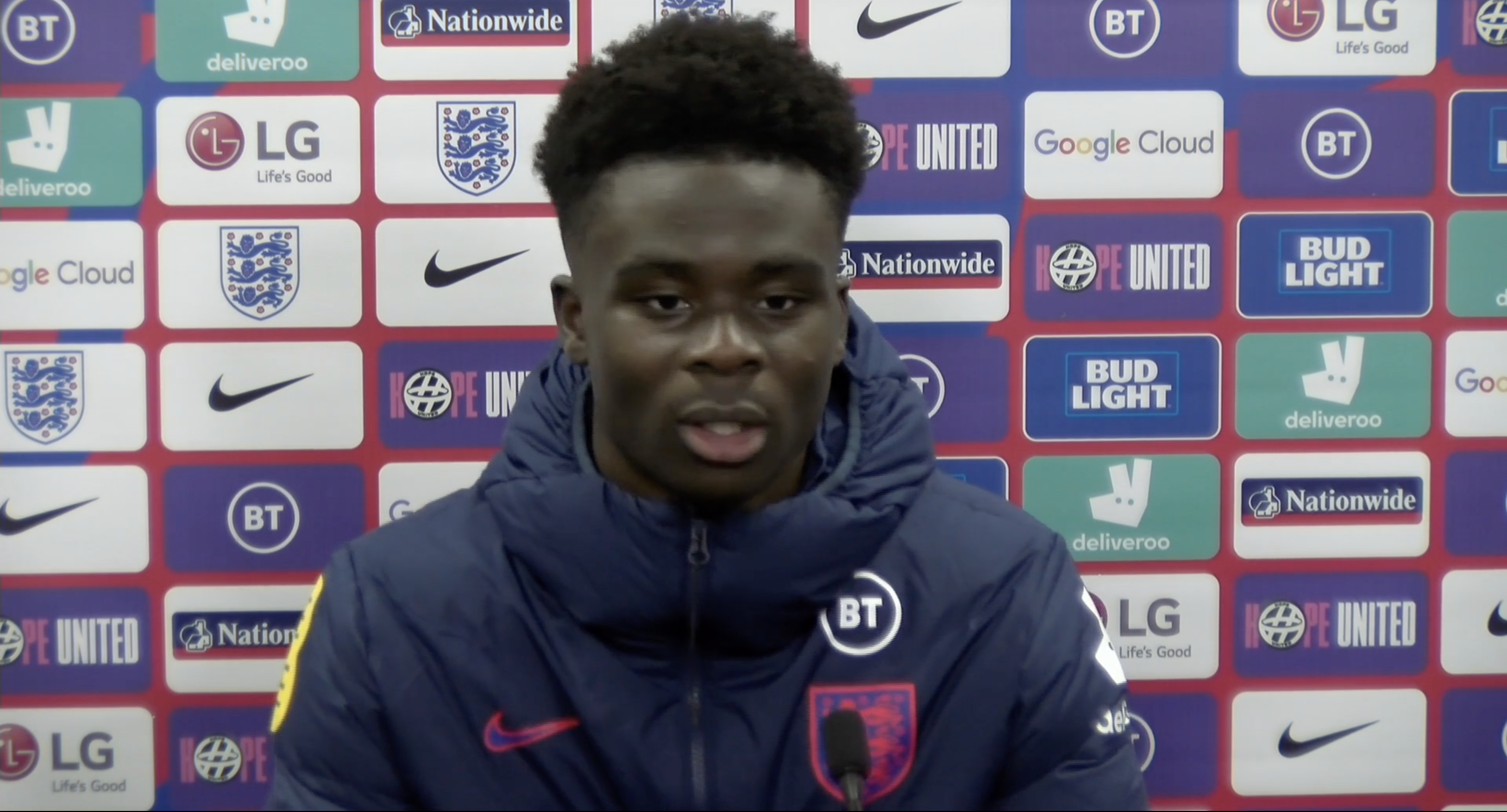 BUKAYO SAKA believes England sent a reminder to the rest of the world of how good they can be by thrashing Iran in their opening match of the Qatar World Cup.

The Arsenal star was awarded Man of the Match after his brace in the 6-2 thumping as England opened their account in fine style.

Saka pounced to double England’s lead before half time and grabbed his second just past the hour mark to cap a fine individual display for the in-form winger.

“We got the win as well, so it’s just a really, really special day.

“I feel like I’m in a good place. I have the support from the fans. I really feel the love from the fans, from the coaching staff & from my team-mates – that’s all I need!

England will be brimming with confidence heading into their second game of the group against the USA on Friday.

Saka was pleased that England managed to cast any lingering fears heading into the tournament aside in such emphatic fashion.

“We needed that good start,” he added.

“Obviously, we didn’t play the best coming into this tournament, so there was a lot of talk & speculation about our form.

“We showed everyone today how much quality we have & what we can do.”