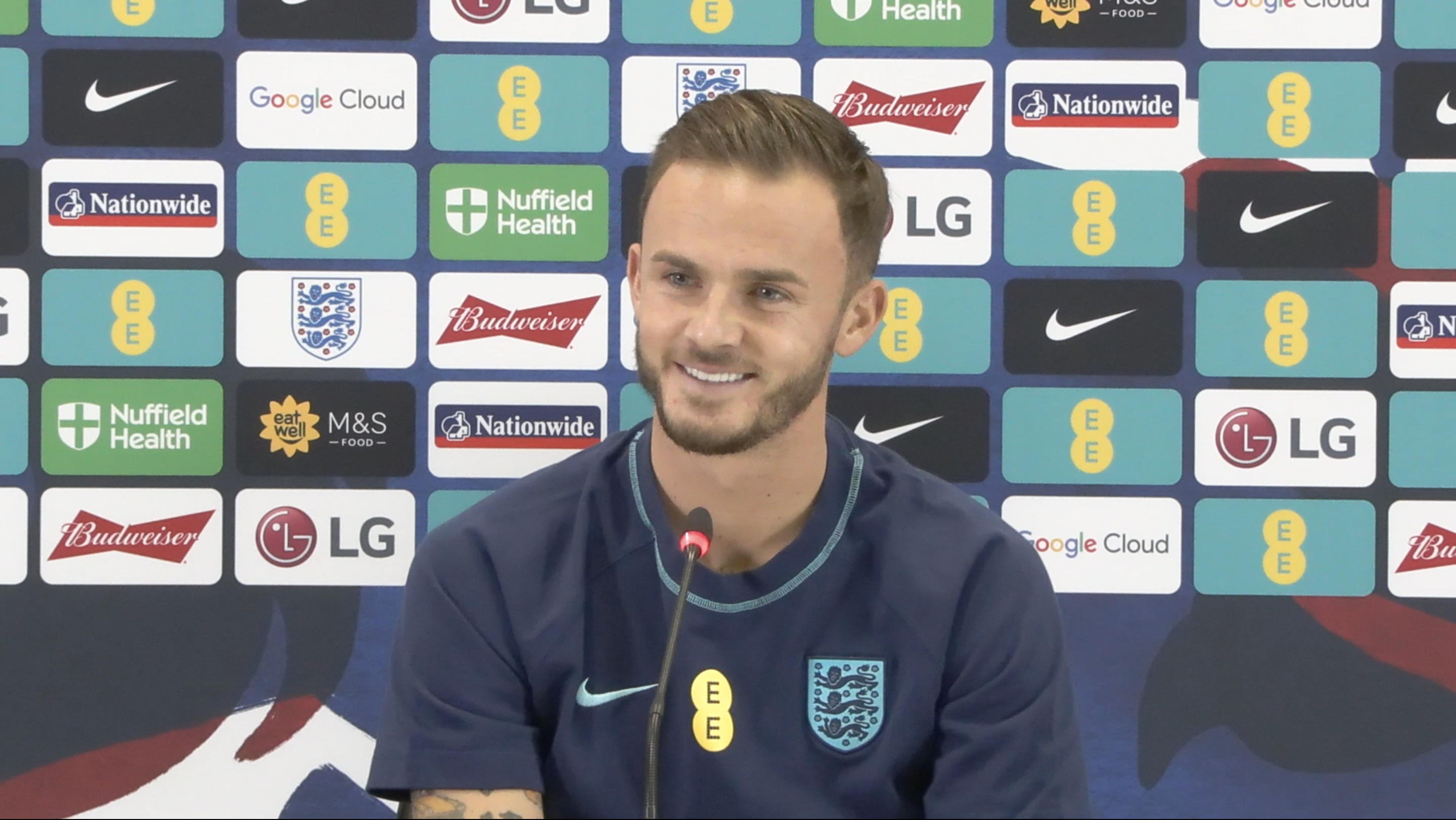 Maddison, 25, earned a deserved call up to Gareth Southgate’s World Cup squad having registered seven Premier League goals during the first half of the campaign.

The midfielder is expected to play a key role from the substitutes bench for England during the tournament and he has credited Portuguese star Fernandes for his recent upturn in goalscoring form.

“A couple of seasons ago when I actually thought to myself ‘how can I score more goals’ and I wasn’t part of the [England] squad, Bruno Fernandes was playing very well for Manchester United,” Maddison told reporters in Qatar.

“He was putting up ridiculous numbers in terms of goals and assists, so I watched him a little bit closer during that time.

“That’s the first one that springs to mind and there are lots of examples but I was looking at it thinking, ‘how is he scoring so many goals? What runs is he making that I’m not?’.

Although deserved, Maddison’s call up came with a slight risk given the midfielder has only ever had half an hour of senior international football.

His one and only England cap came back in 2019 but Maddison insists he is ready to cope with any expectation placed upon him.

“I’ve only had 30 minutes of international football but I’m a player who also has a lot of self belief,” he added.

“If called upon I believe I am a player who can make something happen and I’ll continue with that confidence because all of the top players and we’re around top players, they all have that sense of confidence.

“If called upon I will do my best to produce that moment of magic and have the self belief that I do belong on this stage.”