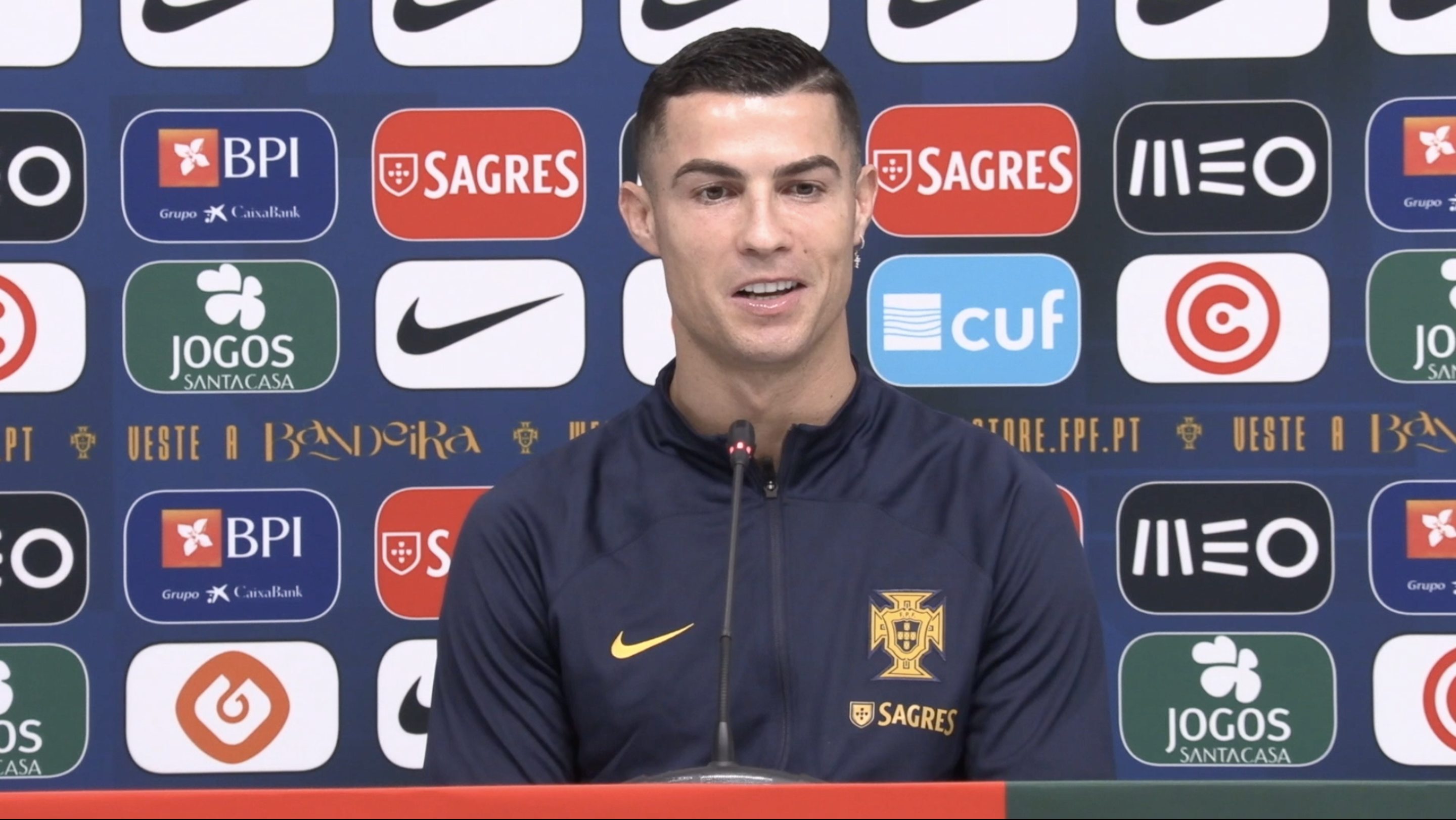 Cristiano Ronaldo would like to ‘checkmate’ long-term rival Lionel Messi in the World Cup final.

The Qatar World Cup will almost certainly be Ronaldo’s last chance to win the biggest prize in world football with the 37-year-old embarking on his fifth finals.

And in a week where Ronaldo has dominated the back pages for his comments off the pitch, the Portugal superstar is now fully focused on delivering for his country.

“This will be my fifth World Cup,” Ronaldo told reporters in Qatar.

“I’m focused with a lot of optimism that things will go well.”

The five-time Ballon d’Or winner also gave an amusing response when asked about the Louis Vuitton advert of Ronaldo and Messi playing chess, which went viral across social media.

“Checkmate? Checkmate is not only in the chess game,” he added.

“But it could be life itself and I do it a lot of times.

“I don’t know in this case from your question and to be straight, I would like for it to be me who wins in the checkmate against him [Messi].

“It would be beautiful if this happened as it happened already in the chess game.

“It would be magic.”